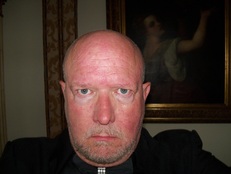 Andrew Gelt (b. 2 February 1951, Albuquerque, New Mexico) composer, woodwind performer, conductor. Andrew Lloyd Gelt, a blatantly eclectic composer of the type characterized by Leonard Bernstein in his Six Talks At Harvard, wrote music in the strict eclectic vein culminating with his Symphony No. 1, Op. 34 "The Art of Eclecticism." Eclecticism was, as well, the subject of his doctoral dissertation. In one of his earlier publications he wrote, "Music in the style of the 'Haydo-Mozarts' may be written next to that of the Polish Avant-Garde. A Strauss-sounding waltz may be heard at the same time as integral serialism. The possibilities are once again infinite. The future will show ... that there is a universal acceptance of Gesamtstilwerke and that eclecticism can be viewed as a style in itself. The liberation of the composer from stylistic unity is long overdue." (See "A Statement Concerning Eclecticism and the Gesamtstilwerk"). Although Gelt's works are primarily instrumental, his vocal works employ what he refers to as Unsinntext. Other compositional concepts include solipzistische Musik, Virtuoso-Komposition, and Eclectic Modulation." At the time of this writing, he had composed some forty major works. He had developed a system to be used in both the composition and analysis of eclectic music but Leonard Bernstein, who in 1977 had referred to Gelt as "one of the future's" wrote, "The basic premise is sound, though I find it much more applicable to analysis than to composition itself." Gelt soon after developed a thinking model to be used exclusively for composition entitled Quantum Synergy In Eclecticism. Within two major areas, a microcosm and macrocosm, he expounded upon contrasting concepts of intuitive/quantified, referential/authentic, and empirical/Bergsonian eclecticism, and identified the types of eclecticism as synchronic, anachronistic, genetic, juxtaposed, and compound. Dr. Gelt taught at the University of Miami, the University of North Carolina (Pembroke), Richmond Technical College, and Temple University where he served on the graduate faculty. His degrees include Bachelor of Music "cum laude with Distinction" in Music Theory from the University of New Mexico, Master of Music in Clarinet Performance studying with Mitchell Lurie from the University of Southern California, and Doctor of Musical Arts in Composition from the University of Miami where he studied wind ensemble conducting with Frederick Fennell. He also studied clarinet with Stanley Drucker of the New York Philharmonic and the Juilliard School, and attended the Lamont School of Music at the University of Denver. Andrew Gelt is an active recitalist on the clarinet and has performed in the major ensembles of several cities. He is also an accomplished jazz saxophonist and popular musician having begun playing professionally with his father's swing band at the age of 12. Dr. Gelt has performed for every U.S. president from Richard Nixon to George W. Bush.