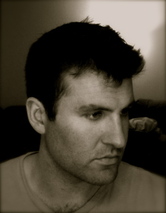 Andrew Smith is active in Boston’s musical community as a composer, guitarist and educator. His music has been performed throughout the United States in venues such as Southern Illinois University’s Outside the Box new music festival, the Aspen Composer’s Conference, the University of Central Missouri’s New Music Festival and has received airtime on WDBX of Carbondale, IL. Smith has worked closely with groups such as ALEA III, the SIUC Percussion Ensemble, the Xanthos Ensemble and the Boston Composers’ Coalition. He has written for a variety of instrumentations ranging from solo to full orchestra to electronic media and has been the recipient of numerous honors including the Carl Deis Prize for excellence in music compositio! n and an honors award from the music faculty at Boston University. Smith earned his D.M.A from Boston University and his M.M. and B.M. from Southern Illinois University. He has studied with Samuel Headrick, Martin Amlin, Theodore Antoniou, Richard Cornell, David Kopp, Joshua Fineberg, Frank Stemper, Kathleen Ginther, Eric Mandat, Joesph Breznikar and Sharon Isbin.