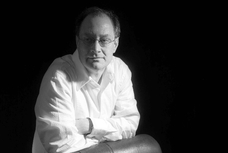 Douglas Knehans two piano work cascade, which has also been recorded for worldwide CD release on ABLAZE Records by the Pridonoff Duo. The Verdehr Trio also recorded his work rive for release in the fall of 2008 on Crystal Records. His music has also been recorded for Move Records (Australia) and ERM Media. His latest commissions are from the Tasmanian Symphony Orchestra (Australia) for a new work for string orchestra and violin solo and a new double concerto (clarinet and violin) for Elsa and Walter Verdehr. Knehans holds degrees from the Australian National University, Queens College, CUNY and Yale School of Music. He has been a fellow at MacDowell Colony, Leighton Artist Colony (Banff) and Carnegie Hall and has fulfilled commissions for a wide variety of works from orchestral, to chamber music, opera, dance, choral, electronic and film. Knehans was a visiting professor of composition at the National University of Singapore (2006) and the Cracow Academy of Music, Poland (2007) and has given lectures on music composition and his own music at The Australian National University, New York University and Yale University. He was Director of the University of Tasmania Conservatorium of Music from 2000-2008 and Artistic Director of the Australian International Summer Orchestra Institute from 2005-2008. Between 2008-2010 he was the Dean and Thomas James Kelly Professor of Music at the College-Conservatory of Music (CCM) at the University of Cincinnati. He currently is on the composition faculty at CCM where he is the Norman Dinerstein Professor of Composition Scholar.