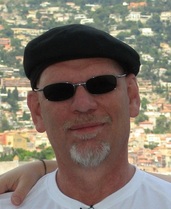 Jeff Briggs was born in the southern United States in 1957 and began composing at age 12. In 1975 he entered the Eastman School of Music in Composition and Theory and graduated in 1979. At Eastman, Jeff studied composition with Joseph Schwantner, Samuel Adler, and Warren Benson and won the Bernard and Rose Sernoffsky and Lois Lane Prize prizes for composition. In 1980 he received the Masters of Music Degree (composition and theory) from the University of Memphis under the direction of Donald Freund, and won the Haimsohm Prize for composition. In 1984 he earned the Doctor of Musical Arts (composition and theory) from the University of Illinois after work with John Melby, Scott Wyatt, Tom Fredrickson, and others. While at Illinois, he was awarded several prizes for his work including the 1984 ASCAP Composition Prize for Young Composers. After graduation, he attended the McDowell Colony and freelanced as a composer in New York City. At this time Jeff became interested in the emerging field of computer entertainment and too work designing games and composing music for games. In 1988, he took a job in Baltimore with MicroProse Entertainment Software. In 1996 he founded Firaxis Games where he served as President and CEO until 2006, when he sold the company, allowing a return to composing and dealing with music full time again. Jeff currently lives outside Baltimore and works in his studio there. He is married with two daughters.