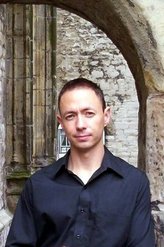 José Mora-Jiménez was born in San José, Costa Rica. He studied Classical Guitar and Music Composition at the University of Costa Rica. In 2005 he graduated from both bachelor degrees. In the year 2001 he obtained the second prize in the First National Composition Contest for Solo Guitar, organized in Costa Rica. In 2002, he obtained the second prize at the National Composition Contest for Guitar Ensemble with his piece Danza Criolla. This piece was recorded by the Guitar Orchestra of the University of Costa Rica for its 25th anniversary CD. In 2009 he won the second prize in the Boston Guitarfest composition competition with his composition “Tientos” for viola and guitar. José resides in the Netherlands since January 2006. He completed his composition studies at The Royal Conservatory in The Hague under the guidance of Gilius van Bergeijk and Cornelis de Bondt. He also followed the master’s degree Cultural Economics and Cultural Entrepreneurship at the Erasmus University in Rotterdam where he graduated Cum Laude in 2010.