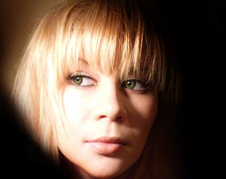 Maria Karpova (b.1984, native of Russia) is a DMA Student in composition at the University of Oklahoma. She is a student of Dr. Konstantinos Karathanasis. In 2007 Maria came to United States and two years later received her Masters in Music Composition from Oklahoma City University (she studied under Dr. Edward Knight). Her educational experience is also include BM in Composition (Ufa Academy of Art, Russia), Special Music College (Ufa, Russia), private lessons with Professor of Composition R. Ledenev (Moscow P.I. Tchaikovsky Conservatory), and various master-classes with American and European composers. Maria has won many composition competitions (both in Russia and internationally). Other recognition and awards Maria has garnered are inclusion in “New Names”, “Crystal Chamber Pitch”, a grant from the National Korean Music Center and a scholarship to “Young Talents” from the President of Russia in 2004/05, and the Alice and Abert Kirkpatrick Award in Composition 2011 the University of Oklahoma. Maria has also won the first prize in International Composition Competition for women composers in 2008, later that year it was professionally recorded by Jane Boxal (marimba) and published on CD. Her works have been performed at numerous festivals, conferences, concerts and on radio stations across the United States, in Russia, the Ukraine, Hungary, and the United Kingdom. Music of Maria Karpova also has been published in 2004, 2005, 2007 and 2008.