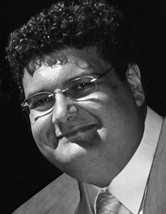 Michalis Keffalas [MA (York), PhD (London), HonFNAM, BA (Hon) Hum (Open)] was born in Athens in 1966. He studied music at Greek conservatories and at the British Open University. In 1994 he established the ‘Alypius’ Music School. In 1996 he was appointed music teacher in primary schools. From 1999 he specialized in composition at the Universities of York and Goldsmiths London, on a five-year educational leave granted by the Greek Ministry of Education. He has been awarded a scholarship by the I.D. Pateras Panchiakon Foundation and a grant from N. Lemos Avra Shipmanagement S.A. He won a prize in the competition Young Composers of Next Generation in the Athens Concert Hall (2000), second prize in his final examinations in composition (2002), three prizes in the International Composition Competitions (2008 & 2010, Volos), two prizes and a special mention in the International Music Prizes for Composition (2009, Salonica), the second Shakuhachi Chamber Music International Prize (2010, Melbourne), the fourth prize in the International Composition Contest Yin & Yang (2010, Taipei) and a special mention in the IBLA World Music Competition (2011, New York). Works of his were selected for performance at the 2nd Alfeo Gigli International Festival of Composition (1997, Italy), for the final examinations of Brussels Conservatoire (2009, Belgium) and at the 18th International Review of Composers (2009, Serbia). He has authored ! A Handbook for Entrance Examinations to Music Departments of Universities’, ‘The Microcosm of Manos Hadjidakis’, ‘Six Works 2000-2004’, ‘Rembetiko in Schools’ and edited the collective work ‘36 Scores for all. Greek Composers innovate and…dare. Innovative Teaching Suggestions’.