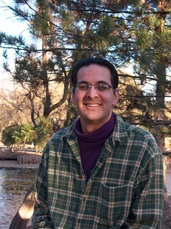 Paul Lombardi (b. 1973) holds a Ph.D. in music composition from the University of Oregon, and has studied composition with David Crumb, Robert Kyr, Stephen Blumberg, and Leo Eylar. His music has been performed in more than 20 states across the US, as well as in other areas in North America, South America, and Europe. Recordings of his music are available from Capstone Records, Zerx Records, and ERMMedia. Many groups have played his music, notably the Kiev Philharmonic, the East Coast Composers Ensemble, Third Angle, and Hundredth Monkey. His music has been performed at national and regional Society of Composers conferences as well as numerous festivals. He is the winner of the 2011 Renée B. Fisher Piano Composition Competition, and has received commissions including one by the Oregon Bach Festival Composers Symposium in honor of George Crumb on the occasion of his 75th birthday. Some of his scores are published in the Anthology of Contemporary Concert Music (currently in press). Dr. Lombardi’s theoretical work focuses on mathematics and music, and is published in the Music Theory Spectrum, Indiana Theory Review, Mathematics and Music (forthcoming), and Mathematics and Computers in Simulation. He has presented his research at numerous theory conferences, both national and regional. He was the pianist for the Hundredth Monkey Ensemble from 2000 to 2003, and was a soloist for the Siskiyou Community Orchestra in 1994. He has been a member of the theory and composition faculty at the University of New Mexico since 2003, and was a member of the faculty at the Shenandoah University in 2010.