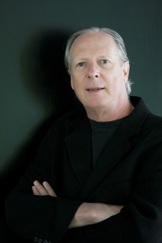 Peter F. Nostrand is an American composer of classically influenced music. His romantic melodies and textures have been critically acclaimed in the US as well as Europe. He studied music from a young age learning to play the piano, but preferred composing to performing. His father, a clergyman, gave Peter the foundations to read and write music when Peter was five, skills which unexpectedly came back to Peter once he retired in 2006. After he retired as CEO of SunTrust Bank in Washington, he felt compelled to dedicate time to his creative passion, composing. In 2008, he recorded a collection of his orchestral works with the Czech Philharmonic Chamber Orchestra in Prague. This has led to performances with orchestras and musicians in America including the Cleveland Pops and the Fairfax Symphony Orchestra. In 2010, Peter won a Distinguished Composer Award from IBLA International and the Excellence in Composition Award from the National Academy of Music, an organization that named Peter an Honorary Fellow of the Academy in 2011. He holds a Premier Degré from the University of Paris, a bachelor’s degree from Amherst College (1969) and a master’s degree from the University of Virginia (1973). He also attended the Ecole des Sciences Politiques in Paris and just returned from last fall’s term of music studies and tutoring at Oxford. Mr. Nostrand and his wife Nancy live on the Potomac River in Virginia south of Washington and have six children and nine grandchildren.