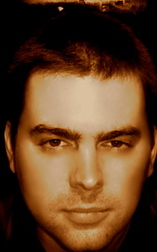 Roberto Toscano is a Brazilian composer born in Sao Paulo in 1982. Toscano's works have been performed and broadcast in Eastern and Western Europe, the United States, Brazil, and Japan. In May of 2010, Roberto became the first Brazilian to be awarded the Toru Takemitsu Prize in Composition in Tokyo, Japan. Recent performances include the European premiere of "...Figures at the Base of a Crucifixion" at the ISCM NMD/Zagreb Biennale and the Asian premiere of "Triptych: i. ii. iii." in Japan (a concert supported by the Brazilian Embassy in Tokyo.) Commissions and projects for 2012-2013 include a new chamber-opera in the United States, a Second String Quartet to be presented in Sao Paulo, Brazil, and a new chamber work for Paris, France.