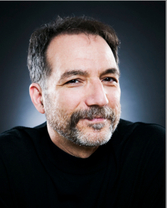 Steve Antosca is an American composer who lives and teaches in the Washington, DC area. His music integrates instruments with computers for real-time processing and pre-recorded audio processing. Antosca is Artistic Director of the National Gallery of Art new music ensemble. He is also the Artistic Director and a composer member of VERGE ensemble, the new music ensemble in residence at the Corcoran Gallery of Art in Washington. In 2007, Antosca was awarded a McKim commission from the Library of Congress and a Fromm commission from Harvard. As Artistic Director of VERGE ensemble, he was awarded an NEA grant. His work “One becomes Two”, premiered by violinist Lina Bahn at the Phillips Collection in Washington in March 2007, was described by the Washington Post as “the afternoon's most exciting composition.” “One becomes Two” received its European premiere in Paris at the Festival de musique Américaine in May 2007, and has been performed throughout the US, Europe and in China, and was a selected winner at the 36th Bourges International Competitions 2009. A graphic page from the score was published in Notations 21. As part of his ongoing project “crossingPOINT”, in February and March 2010, he received a Meet the Composer grant, to present a series of lectures and forums in the Washington, DC area, culminating in the concert CHANGES: SEASONS at the National Gallery of Art. He is currently collaborating with composer Roger Reynolds to direct the John Cage Centennial Festival in Washington, DC in September 2012.