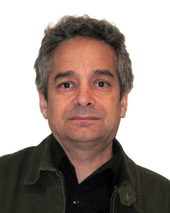 Violinist Thomas Suárez, a native of New York, studied composition and music theory with the composer Hugh Aitken at The Juilliard School. The first public performances of his compositions were a Fantasy for violin and piano, with himself playing violin at Carnegie Recital Hall; and a Nocturne for small orchestra (strings, oboe, flute), premiered by the Concordium Chamber Orchestra in Honolulu. Nocturnes was judged “subtly colored and intriguingly paced” (Honolulu Star Bulletin), and earned him public recognition by governor Frank Fasi, who wrote that “Honolulu is indeed fortunate in possessing Suárez’ unique talents.” Suárez is a former member of the Baltimore Symphony Orchestra, and has worked with several of New York City’s major orchestras, including the American Composers’ Orchestra, Brooklyn Moderns Ensemble, and the American Symphony Orchestra. He has held principle positions at the Spoleto Festival in Italy, and with the orchestra at the Metropolitan Opera House playing for international ballet companies. As chamber musician he has toured through Japan, Southeast Asia, Morocco, and Micronesia. He has also performed the Thai stringed instrument ‘saw u’ in an ensemble with his daughter, Sainatee. Although sketches for his string quartet, Peregrinations, date from 2005, the project was put aside when he was asked to write a series of pieces for small chamber group based on Arabic motifs. These have since been performed at refugee camps in Palestine’s West Bank, and at al-Quds University.